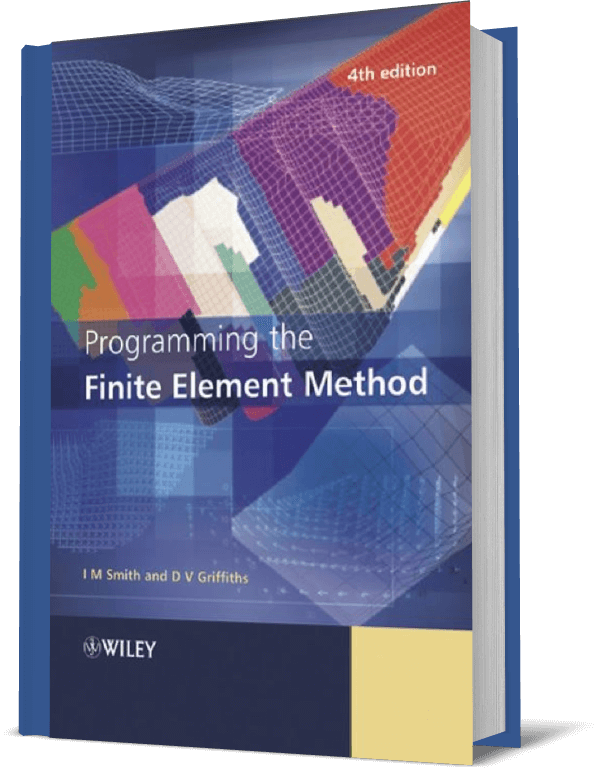 The theme of the successful earlier editions has been maintained. A modular programming
style, now expressed in Fortran95, facilitates both the consolidation of previous
programs into easier-to-use units, and the very important advance into parallel computing
environments.
Chapter 1 has been extended by a description of the parallelisation strategy adopted.
This involves message passing using the de facto standard, MPI, although other possibilities
such as OpenMP are addressed.
In Chapter 3, iterative equation solution methods have been extended to cover nonsymmetric
systems by the use of bi-conjugate gradient (BiCG) methods. An elementby-
element strategy therefore allows the solution of all large finite element problems on
modestly sized computers.
From Chapter 4 onwards, programs that were distinct in earlier editions have been
consolidated into easier-to-use units within which, for example, problem dimensionality,
element type, and so on are selected by the user from inside the same program. Output has
been made more concise and readable.
Although mesh generation, a topic in itself, has been avoided, programs that interface
readily with mesh generation packages have been provided. For the first time results display
using PostScript files has been included in most chapters.
Exercises for students to attempt on their own have been extended.
The major new feature occupies Chapter 12. Therein example programs from
Chapters 5 to 11 have been parallelised using element-by-element strategies and MPI. The
parallelisation process is largely hidden from the user and the central theme of program
conciseness and readability has been maintained. Performance statistics show that efficient
use has been made of parallel hardwares ranging from supercomputers to clusters of PCs